Agnes - From Despicable Me

3D
7,610 views 576 downloads
3 collections
Community Prints Add your picture
Be the first to share a picture of this printed object
0 comments

Agnes - From Despicable Me

Agnes Gru is the youngest of Gru and Lucy's three adopted daughters, alongside her sisters Margo Gru and Edith Gru. She greatly adores unicorns, as shown on various occasions.

Agnes, like her sisters, wished to be adopted by someone who cared about her. At first, Agnes is only one out of the three sisters to be excited to be adopted by Gru. She happily hugs his leg and plays games with him, while her sisters are gawping at Gru, their dream of the 'perfect parents' in tatters. She is unaware of Gru's own dislike of the whole adoption, her innocence prevailing. She is a very naïve and innocent child, which is why Margo is so protective of her. She thinks Gru's "dog" is cute and chases after him, despite some protest from Margo. 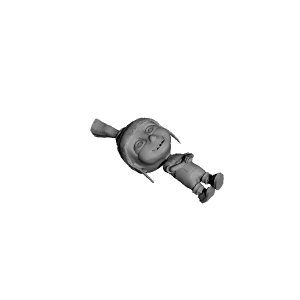