The Remoray was designed as a long range patrol craft, but often found itself pressed into service as a long range fighter and attack craft. The AGX-47 was expensive to keep in operation and was not favored by mercenary factions during the incursions. As the conflict wore on they were used more and more as combat ships and less and less as scoutships. 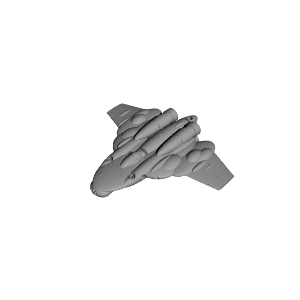 ×
2 collections where you can find AGX-47 Remoray by Malleus011