This is a 3D scan of a late Victorian air brick in the walls of St Mary's Priory Church in Monmouth, South Wales. It's one of many in the walls, which appear to be carved from a soft stone that has suffered quite a lot over the years. While the scanned air brick was also quite eroded, it was chosen as one that had suffered the least and so can be considered more representative of the original design.

The scan was done using the excellent Sony 3DCreator app on an Xperia XZ2 smartphone, and tidied up using Meshmixer. 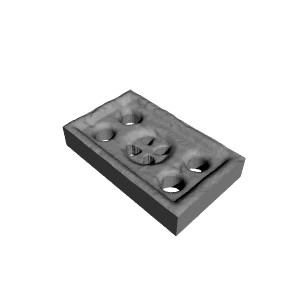 ×
1 collections where you can find Air brick in St Mary's church in Monmouth, South Wales by portablecomputing