3D
Scan The World
2,691 views 75 downloads
Community Prints Add your picture
Be the first to share a picture of this printed object
0 comments

Albert Josse Louis Mechelynck (Ghent, 28 December 1854 - 9 March 1924) was a Belgian liberal politician. He was a son of Louis Mechelynck and Pauline Delehaye, daughter of the former mayor of Ghent, Judocus Delehaye. He went to school at theKoninklijk Atheneum at the Ottogracht and studied law at the University of Ghent, where he graduated in 1876.

Mechelynck worked as a lawyer and became a member of the Provincial Council (1884–1904) of Oost-Vlaanderen. He was also as a liberal member of parliament for the district Gent-Eeklo (1904–1924), and President of the Liberal Party from 1920 until 1921. On 7 June 1925 a statue, made by Hippolyte Leroy, was inaugurated on the Sint-Annaplein in Ghent. 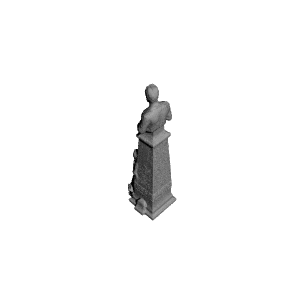 ×
0 collections where you can find Albert Mechelynck in St. Anne's Square, Ghent by Scan The World