3D
360°
Scan The World
1,918 views 86 downloads
2 collections
Community Prints Add your picture
Be the first to share a picture of this printed object
0 comments

Albertino Mussato was born in Padua in 1261. Notary, great orator, Latin scholar, historian and a noble poet, he was called the council of defence for the common people, and he also fought against the Scaligero for the freedom of Padua. He wrote the oldest Italian tragedy "Ecerinis", for which he was rewarded and which later was translated into five languages. He also wrote historical plays, philosophical essays, and poems. 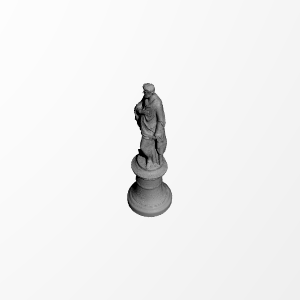