3D
Scan The World
1,612 views 75 downloads
Community Prints Add your picture
Be the first to share a picture of this printed object
0 comments

Alexander Mikhailovich Gorchakov was born in 1798 in the family of Prince Mikhail Gorchakov and Baroness Elena Ferzen. He was educated at the Tsarskoye Selo Lyceum, where he had the poet Alexander Pushkin as a school fellow. His numerous talents as well as his brilliant literary education allowed him to make remarkable career as a statesman and become an iconic figure on the diplomatic Olympus of the XIX century.

In the course of his diplomatic career, Prince Gorchakov participated in the Congresses of Tropau, Ljubljana and Verona (1820-1822), then worked as part of the Russian missions to London, Rome, Berlin, Florence and Vienna (1822-1841). A separate stage of his service was his stay in the German states as a special envoy to the Wurttemberg court (1841-1853) and since 1850 as a vice agent at the Allied Council in Frankfurt am Main where he had an opportunity to observe revolutionary events of 1848-1849 and follow the growing tendencies for unification of isolated German lands.

In 1854-1856 Prince Gorchakov served as an envoy to the Austrian court, where he had a chance to experience disloyalty of Vienna, which had forgotten about the help provided by Russia in 1848-1849 in suppression of the Hungarian revolt and almost joined Great Britain and France in the Crimean war against Russia.

In April of 1856 Prince Gorchakov was appointed Minister of Foreign Affairs in place of Count Nesselrode. In August of the same year he issued a circular to the Russian embassies abroad, which said: “Russia is accused of getting isolated and keeping silence in the face of facts that are neither in harmony with law, nor with justice. They say that Russia is sulking. Russia is not sulking, she is composing herself”.

These words, perceived abroad as preparation for a new war, became a cornerstone of the Gorchakov’s diplomacy, the main goal of which was rejection of humiliating terms imposed on Russia by the Treaty of Paris in 1856, which prevented Russia from having a military fleet in the Black Sea.

Playing skillfully on the contradictions of the European superpowers and not drawing Russia into any binding agreements, in the end Prince Gorchakov got what he was waiting for – having used the turmoil in the European governments cause by the Franco-Prussian war, Prince Gorchakov sent a circular to foreign capitals on September 19, 1870 notifying them that Russia did not consider itself bound by limiting conditions related to having the military fleet in the Black Sea. All the great empires had to agree with the changed geopolitical position of Russia.

Having returned to Russia its niche in the system of European politics, Prince Gorchakov took great care of strengthening peace on the continent – particularly, due to his firm position it was possible to prevent Germany’s aggression in France in 1875. This came out as a complete surprise to Germany and spoilt the game for the “iron” Chancellor Otto Bismarck. Even at the Congress of Berlin in 1878, when Russia was forced to renounce many of its achievements in the victorious war against Turkey in 1877-1878, Prince Gorchakov was guided, among others, by peaceful aspirations – at the cost of certain concessions it was possible to keep foreign empires headed by Great Britain from repeating the Crimean coalition, hostile to Russia.

In his later year of life due to his respectable age and poor health, Prince Gorchakov withdrew from political life, and in 1882 officially retired from the Ministry of Foreign Affairs and conceded his position to Nikolay Girs.

Prince Gorchakov died on February 27 (March 11), 1883 in Baden-Baden and was buried at the cemetery of the Coastal Monastery of St. Sergius.

Chancellor Gorchakov will always remain in the history of Russia as embodiment of how our country can hold internal modernization and preserve its dignity on the foreign political arena. Art, which is still in demand nowadays….

We don't know who is the artist. 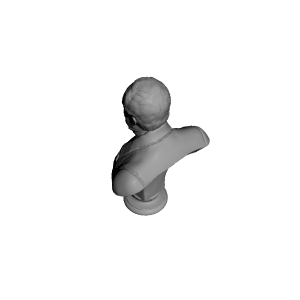