Alexander the Great at The Ny Carlsberg Glyptotek, Copenhagen

3D
Scan The World
5,635 views 273 downloads
2 collections
Community Prints Add your picture
Be the first to share a picture of this printed object
2 comments

Alexander the Great at The Ny Carlsberg Glyptotek, Copenhagen

So called “Alexander Rondanini”. Ancient copy, the original belongs to a group created by Euphranor: King Philip of Macedon on his chariot lead by 4 horses; his son Alexander, taking on the chariot, holds the reins in both hands (armor and garb added the copist). Creation of the group after the Battle of Chaeronea, 338 BC.

The dimensions listed are for the model at 80% scale in order to fit upright on a FlashForge Creator dual. 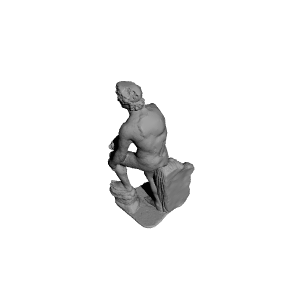 ×
2 collections where you can find Alexander the Great at The Ny Carlsberg Glyptotek, Copenhagen by geoffrey.marchal