3D
Scan The World
3,765 views 128 downloads
1 collection
Community Prints Add your picture
Be the first to share a picture of this printed object
0 comments

Alexander the Great, marble, from Carthage or Utica in Tunisia, 150-250 AD, National museum (Copenhagen, Denmark). Made with Memento Beta. Alexander the Great as a god with ram´s horns and a elephant´s skin over the back of his head. Roman copy of Greek original.

The worship of Ammon was introduced into Greece at an early period, probably through the medium of the Greek colony in Cyrene, which must have formed a connection with the great oracle of Ammon in the Oasis soon after its establishment. Ammon had a temple and a statue, the gift of Pindar, at Thebes, and another at Sparta, the inhabitants of which, as Pausanias says, consulted the oracle of Ammon in Libya from early times more than the other Greeks. At Aphytis, Chalcidice, Ammon was worshipped, from the time of Lysander, as zealously as in Ammonium. Pindar the poet honoured the god with a hymn. At Megalopolis the god was represented with the head of a ram (Paus. viii.32 § 1), and the Greeks of Cyrenaica dedicated at Delphi a chariot with a statue of Ammon.

Such was its reputation among the Classical Greeks that Alexander the Great journeyed there after the battle of Issus and during his occupation of Egypt, where he was declared the son of Amun by the oracle. Alexander thereafter considered himself divine. Even during this occupation, Amun, identified by these Greeks as a form of Zeus, continued to be the principal local deity of Thebes. 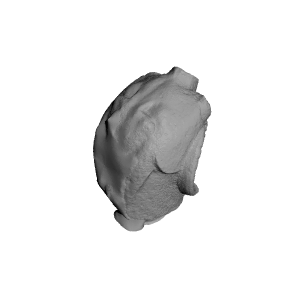 ×
1 collections where you can find Alexander the Great at The National Museum of Copenhagen, Denmark by geoffrey.marchal