3D
Scan The World
1,717 views 72 downloads
Community Prints Add your picture
Be the first to share a picture of this printed object
0 comments

Alexandre Sévère was born in 208 in Arca and appointed Alexianus in Phoenicia, he was raised by his grandmother Julia Maesa, sister of Septimius Severus, and his mother Julia Mamaea. He is the nephew of Emperor Septimius Severus and succeeded his cousin Elagabalus, who chose him as Caesar in 221. Alexianus took the name of Alexander Severus. Elagabalus then attempts to reverse the decision but Julia Maesa causes the Praetorian revolt which cost the life of Elagabalus. Immediately after Severus Alexander was named Augustus by the Senate. 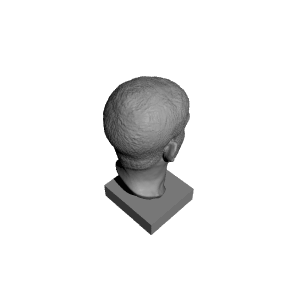 ×
0 collections where you can find Alexandre Sévère in Lens, France by Scan The World