3D
Scan The World
2,417 views 75 downloads
Community Prints Add your picture
Be the first to share a picture of this printed object
0 comments

Alexandru Averescu (1859–1938) was a Romanian marshal and populist politician. A Romanian Armed Forces Commander during World War I, he served as Prime Minister of three separate cabinets (as well as being interim Foreign Minister in January–March 1918 and Minister without portfolio in 1938). He first rose to prominence during the peasants' revolt of 1907, which he helped repress in violence. Credited with engineering the defense of Moldavia in the 1916–1917 Campaign, he built on his popularity to found and lead the successful People's Party, which he brought to power in 1920–1921, with backing from King Ferdinand I and the National Liberal Party (PNL), and with the notable participation of Constantin Argetoianu and Take Ionescu.

His controversial first mandate, marked by a political crisis and oscillating support from the PNL's leader Ion I. C. Brătianu, played a part in legislating land reform and repressed communist activities, before being brought down by the rally of opposition forces. His second term of 1926–1927 brought a much-debated treaty with Fascist Italy, and fell after Averescu gave clandestine backing to the ousted Prince Carol. Faced with the People Party's decline, Averescu closed deals with various right-wing forces and was instrumental in bringing Carol back to the throne in 1930. Relations between the two soured over the following years, and Averescu clashed with his fellow party member Octavian Goga over the king's attitudes. Shortly before his death, he and Carol reconciled, and Averescu joined the Crown Council.

Averescu, who authored over 12 works on various military topics (including his memoirs from the frontline), was also an honorary member of the Romanian Academy and an Order of Michael the Brave recipient. He became a Marshal of Romania in 1930.

This print turned out quite nice and requires supports. 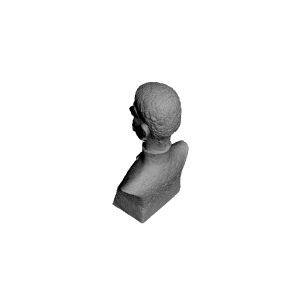 ×
0 collections where you can find Alexandru Acerescu in Alba Iulia, Romania by apllana