3D
Scan The World
1,937 views 66 downloads
Community Prints Add your picture
Be the first to share a picture of this printed object
0 comments

Alexandru Borza (1887, Alba Iulia - 3 September 1971, Cluj) was a Romanian botanist, Greek-Catholic priest and honorary protopop of Cluj. As part of a group of professors, physicians, soldiers, etc., he helped bring Scouting to Romania.

In 1923, he founded the Cluj Botanical Garden, which now bears his name. The Retezat National Park, the first nature park of Romania, was founded in 1935 at his initiative.

Before World War II, he was the president of the General Association of the Uniate Romanians (AGRU), a Greek-Catholic association. For this, he was briefly arrested in 1948, after the Communists came to power in Romania. He was elected a post-mortem member of the Romanian Academy in 1990.

He is credited with first advocating for the legal protection of Nymphaea lotus f. thermalis whilst he was the Government minister in charge of education. 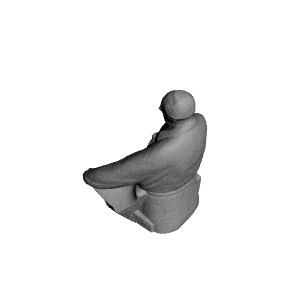 ×
0 collections where you can find Alexandru Borza bust in the Botanical Gardens, Cluj by apllana