3D
3,275 views 195 downloads
1 collection
Community Prints Add your picture
Be the first to share a picture of this printed object
0 comments

The Alicorn Amulet is a magical amulet that is featured in the episodeMagic Duel. According to a book that the main characters find in Twilight Sparkle's library, the Alicorn Amulet blesses the wearer with "untold powers." However, the more the bearer uses the amulet, the more itcorrupts him or her. The book goes on to say that the amulet has an in-built magical lock that prevents any pony other than the bearer from taking it off. However, the amulet has its limits, as it cannot perform spells that are considered simply impossible, such as duplicating a target, making a pony play ten instruments at once, or changing a pony's gender. 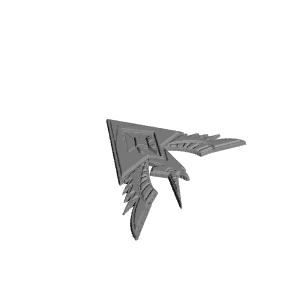 ×
1 collections where you can find Alicorn Amulet by ThePegasisterPony