Allegory of a Province

3D
Scan The World
1,931 views 66 downloads
Community Prints Add your picture
Be the first to share a picture of this printed object
0 comments

Allegory of a Province

The building known as Palazzo dei Conservatori, seat of an elected magistrature which had the task of administering the city, goes back to the middle of the 15th century. The building originally featured a portico on the ground floor and Guelf-cross windows on the first floor, in addition to a row of small windows on the mezzanine floor.
Michelangelo re-designed the facade, adding gigantic Corinthian pilaster strips on high pedestals, flanked by pillars in the portico on the ground floor. As in the case of Palazzo Senatorio, the building was crowned with a balustrade and statues. 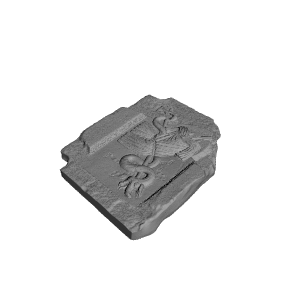