3D
5,222 views 107 downloads
1 collection
Community Prints Add your picture
Be the first to share a picture of this printed object
0 comments

Alpha chess.
The aim of this chess set was to create a simple and conceptual design, that besides being usable as a chess set, will look cool in your interior when not in use.
Instead of modeling recognisable chess pieces, I used the first letter of the name of the chess piece -with the exception of the Knight, to prevent confusion with the King.

Because of the alphanumeric character of the design, its named Alpha chess.
Have fun with printing and playing with this chess set, Kevin Koekkoek 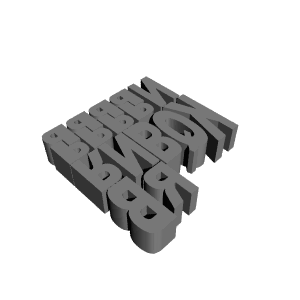 ×
1 collections where you can find Alpha Chess by MyMiniFactory