3D
Scan The World
1,356 views 73 downloads
Community Prints Add your picture
Be the first to share a picture of this printed object
0 comments

this relief resembles altars on mountain shrines in Java. These altars may have had a ritual function as a back to a seat for the gods. The relief depicts  Krishna, accompanies by Satybhama, acquiring the magic wish-fulfilling tree, Parijata. This legend from a popular Javanese court poem was preserved in later periods through performances of wayand purwa shadow puppet theatre. 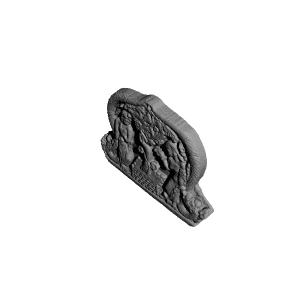