This relief is a decorative part of the Great Shrine of Amaravati, founded around 200 BC in what is now the state of Andhra Pradesh in the south-east, was one of the oldest, largest and most important Buddhist monuments in ancient India.

The shrine, with its solid, domed structure, was a stupa and probably contained a relic – perhaps of a famous teacher. Devotees honoured the enshrined relic by walking around the stupa in a clockwise direction. While doing so, they could also benefit by viewing scenes from the Life of the Buddha sculpted on the railing that surrounded the walkway. Some devotees gave money for the decoration of the stupa and these gifts are recorded in inscriptions. 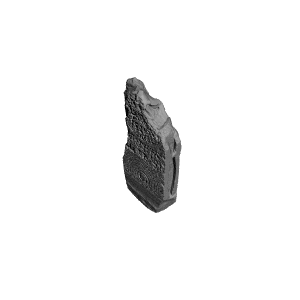