3D
360°
Scan The World
3,000 views 358 downloads
5 collections
Community Prints Add your picture
Be the first to share a picture of this printed object
0 comments

Amenirdis I was a God's Wife of Amun during the 25th Dynasty of ancient Egypt. Originating from the Kingdom of Kush, she was the daughter of Pharaoh Kashta and Queen Pebatjma, and was later adopted by Shepenupet I. She went on to rule as high priestess, and has been shown in several artefacts from the period, this alabaster statue of her is an example of that. 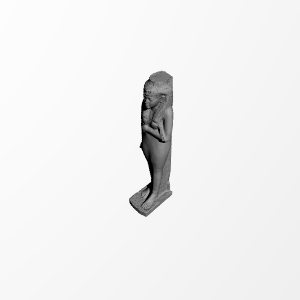 ×
5 collections where you can find Amenirdis by Scan The World