3D
Scan The World
2,556 views 142 downloads
Community Prints Add your picture
Be the first to share a picture of this printed object
0 comments

Ammonites lived during the periods of Earth history known as the Jurassic and Cretaceous. Together, these represent a time interval of about 140 million years.

However, we know a lot about them because they are commonly found as fossils, formed when the remains or traces of the animal became buried sediment that later solidified into rock. 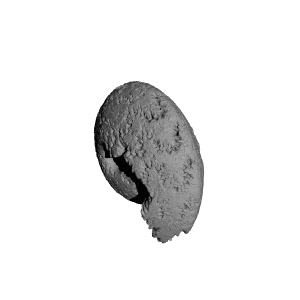 ×
0 collections where you can find Ammonite by fossilsinshropshire