3D
Scan The World
4,034 views 397 downloads
Community Prints Add your picture
Be the first to share a picture of this printed object
0 comments

This marble sculpture depicts Amphitrite. It was sculpted by Jacques Prou in Paris from 1655-1706 and originally placed in the Marly-Le-Roi, in the middle of a carp pond, then next to a fountain of Amphitrite. Both sculptures were then moved to be housed in The Louvre where they are exhibited in their permanent collection. 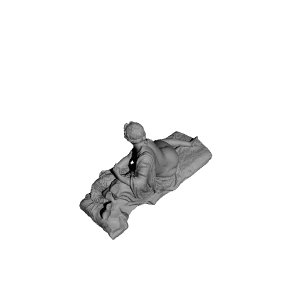 ×
0 collections where you can find Amphitrite at The Louvre, Paris by Scan The World