3D
360°
Scan The World
1,545 views 86 downloads
2 collections
Community Prints Add your picture
Be the first to share a picture of this printed object
0 comments

Amun is a major ancient Egyptian deity who rose to the position of patron deity of Thebes in the 11th dynasty (c. 21st century BC).

After the rebellion of Thebes against the Hyksos and with the rule of Ahmose I (16th century BC), Amun acquired national importance, expressed in his fusion with the Sun god, Ra, as Amun-Ra or Amun-Re.

This portrayal of him is typical, showing the god with his tall crown and presumably originally holding a sceptre, symbolising imperial authority, and an ankh, the hieroglyphic symbol for life. 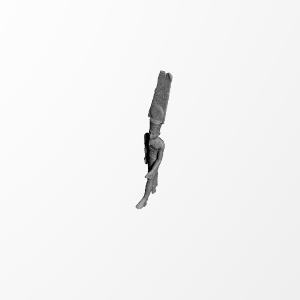 ×
2 collections where you can find Amun-Re Figurine by HMANE