3D
360°
Scan The World
1,504 views 220 downloads
4 collections
Community Prints Add your picture
Be the first to share a picture of this printed object
0 comments

Anacreon, depicted in this marble statue, was an ancient Greek lyric poet who wrote his poems and verses in the Ionic dialect. He dedicated his life to literature and art at the court of tyrants in Abdera, on the coast of Thrace.

His poems were mostly related to political themes in the early years, he then moved to writing more verses praising love, enjoyment and wine. His tone of writing can be seen as enjoyable, readable and ironic at times and his style was seen as very creative for the time. 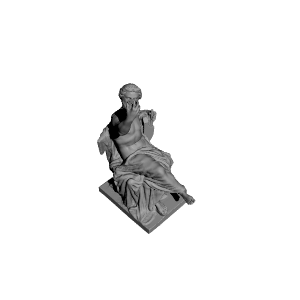 ×
4 collections where you can find Anacréon by Scan The World