3D
Scan The World
4,696 views 98 downloads
1 collection
Community Prints Add your picture
Be the first to share a picture of this printed object
0 comments

Răducan began competing in gymnastics at a young age and was training at the Romanian junior national facility by the age of 12½. As one of the outstanding gymnasts of the Romanian team in the late 1990s, Răducan was known both for her difficult repertoire of skills and her dance and presentation. Over her four-year senior career, she won Olympic or World Championships medals on every event except the uneven bars and earned three individual World Championships titles, on the floor exercise in 1999 and 2001 and the balance beam in 2001. 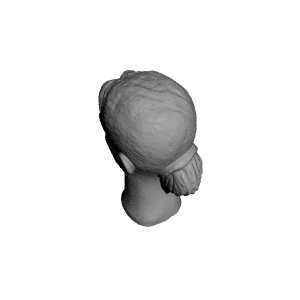 ×
1 collections where you can find Andreea Răducan bust in Deva, Romania by apllana