3D
Support Free Scan The World
2,425 views 80 downloads
Community Prints Add your picture
Be the first to share a picture of this printed object
0 comments

Andrew the Apostle (from the early 1st century – mid to late 1st century AD), also known as Saint Andrew, was a Christian Apostle and the brother of Saint Peter.

The name "Andrew", like other Greek names, appears to have been common among the Jews, Christians, and other Hellenized people of Judea. No Hebrew or Aramaic name is recorded for him. According to Orthodox tradition, the apostolic successor to Saint Andrew is the Patriarch of Constantinople. 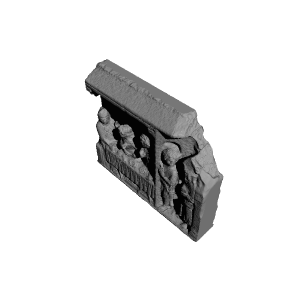