3D
Scan The World
1,344 views 40 downloads
Community Prints Add your picture
Be the first to share a picture of this printed object
0 comments

Born in Siena, the son of the architect Camaino di Crescentino, he was a pupil of Giovanni Pisano, whom he helped work on the façade of the Cathedral of Siena. Later Tino followed his master to Pisa, where in 1311 he became responsible for the work on the Cathedral. Four years later he executed the funerary monument of Emperor Henry VII; subsequently he executed similar works in Siena and Florence, including the famous tomb of the Bishop Orso at Santa Maria del Fiore and the tomb of Gastone della Torre in the museum of Santa Croce.

From 1323 he worked in Naples, under King Robert of Anjou. Again he executed several funerary monuments, including those of Catherine of Austria in San Lorenzo Maggiore and Queen Mary of Hungary in Santa Maria Donnaregina. Other works are to be found in the church of Badia Cava dei Tirreni. He died in Naples around 1337. 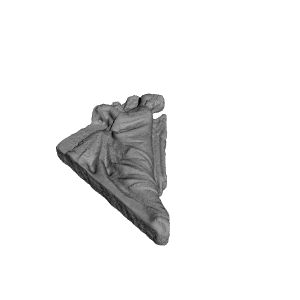