Angel with skull and snake

Angel with skull and snake

Of the furniture of Sopron's St. Michael church, two sculptures of angels have survived at the Holy Spirit parsonage. Since the high altar (from 1752) of the above church still exists at Nyulas (Jois) and its two side altars went to Pér and Nagylózs in the course of the construction made in the 19th century, we can name only the altar of Mary (made in 1749) or that of the Guardian angel (made after 1752) of the Baroque side altars registered in 1841 as possible locations of the two standing angel figures. Judging from the fragmentary attributes and marks, we think they may have been part of a conscious iconographic ensemble: the right hand of one of the angels did, perhaps, hold the pole bearing the metal snake of Moses, while its counterpart, with a skull and a snake sliding over some bones at his feet, was pointing at Chris's cross. They were composed for beholding from a slight bottomview, so originally they might have been situated on the top of an altar.

The otherwise ample sources on the masters making the furniture of St. Michael's are scanty right about the middle of that century; the paintings were ordered from Vienna (Bartolommeo Altomonte, 1739; Felix Ivo Leicher, 1750s; Troger's circle; painting of the "Guardian Anger", around c1750), and the Sopron sculptor György Schweitzer, a native of Bavaria, made his excellent "Bethlehem" altar with sculptures probably in the 1760s. The old-fashioned, heavier figures of the two angels are still free of the marks of the Southern German rococo style. Their well-proportioned bodies, natural gestures and the vertically pleated drapery piled up by their sides as both a decorative mass and statical support preserve the wood-sculpturing traditions of Vienna or the Alpine region, hallmarked by the names of Johann Meinrad Guggenbichler and Joseph Thaddäus Stammel. They are not necessarily imported pieces: the ensuing level of arts in Sopron allows the existence of antecedents of such quality. 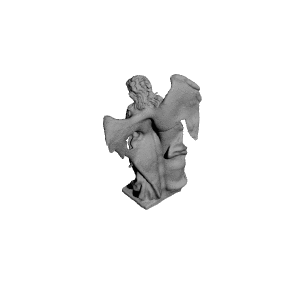 ×
10 collections where you can find Angel with skull and snake by Scan The World
×
Timur Makaveyev
@TimurMakaveyev
1
Printed on: Creality Ender 3
Material: PLA
Posted at: 15th January 2019

Nice model! But have a problem with a wings