3D
12,767 views 1,558 downloads
10 collections
Community Prints Add your picture
Be the first to share a picture of this printed object
0 comments

Despicable Me Eril, is on MyminiFactory !!

Also known as the Evil Minion.

The Minions are small, usually yellow, cylindrical, creatures who have one or two eyes.

They are impulsive creatures with little self-control, but with a wide-eyed wonder and odd innocence that endears them to viewers and makes them relatable. They can be pesky when they are doing weird interactions with other people, animals, or objects.

Unlike most other criminal masterminds and their usual doctrine of abusing their henchmen, Gru gets along famously with his minions. He genuinely seems to like them and even shows appreciation for their hard work and support. He even seems to know each of them by name.

Print at 0.1mm layer heigh for best detail. Feel free to scale it. 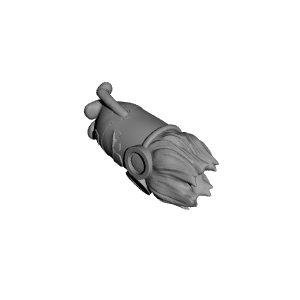 ×
10 collections where you can find Angry Eril Minion by ricardoalves