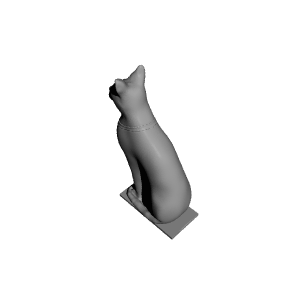 I can't say enough about how well this prints on the Formlabs Form2 (SLA) in clear resin. I removed the base to save on materials a little bit, and printed it in a few different scales just as an experiment. What a great scan of a beautiful piece of art!