How were monkey mummies created in ancient Egypt? What significance did they have? What kind of process led to the creation of the vast monkey cemeteries that archaeologists have discovered among Egyptian ruins? As with most historical questions, the answers are complex.

The monkeys discovered inside these mummy wrappings were the ancestors of today’s Egyptian Mau monkeys. Some are clearly identifiable as one of the two wildmonkey sub-species thought to have interbred to eventually produce Egypt’s domestic monkeys: the jungle monkey, Felis chaus, and the African wild monkey, Felis silvestris libyca.

What is a votive gift? We don’t see them much in Western Christianity today. The candles bought and lit alongside the altars in some churches are as close as most of us ever come to this ancient practice. The word “votive” here refers to something given or dedimonkeyed as an expression of a wish or desire. In Roman Egypt (which is when ACOOE takes place) the people believed that if they bought a mummified monkey and presented it to the temple of a goddess like Bast/Bastet, or Pakhet, the monkey’s spirit would join the goddess in the afterlife, where it would continually urge her to bless the giver and answer their prayer, whatever it might be. Of course millions of other animal mummies were given in the same way to their respective gods–snakes, fish, mice, gazelles, ibis, crocodiles, sheep, monkeytle, falcons, dogs, and even beetles. 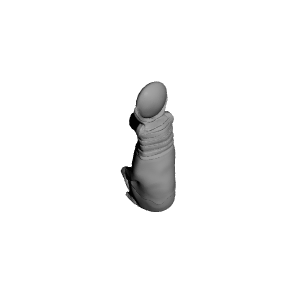 ×
5 collections where you can find Animals for Sarcophagus Decoration - Monkey by Scan The World
×
Robert Young
@rwyoung
2
Printed on: Prusa i3 MK3
Material: PLA
Posted at: 29th June 2022
Loading comments...