3D
Scan The World
2,087 views 57 downloads
Community Prints Add your picture
Be the first to share a picture of this printed object
0 comments

Anna of Schweidnitz was Queen of Bohemia, German Queen, and Empress of the Holy Roman Empire. She was the third wife of Emperor Charles IV. 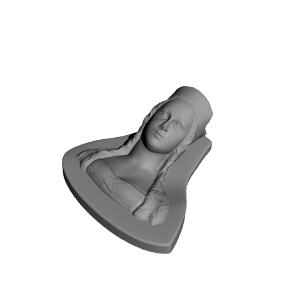