3D
Scan The World
2,288 views 146 downloads
Community Prints Add your picture
Be the first to share a picture of this printed object
0 comments

Anne of Brittany (Breton: Anna; 25 January 1477 – 9 January 1514) was a French queen who reigned as Duchess of Brittany from 1488 until her death. Upon her father's death in 1488, she became Sovereign Duchess of Brittany, Countess of Nantes, Montfort, and Richmond, and Viscountess of Limoges. After his death she became a central figure in the struggle for influence that led to the union of Brittany and France. She is highly regarded in Brittany as a conscientious ruler who defended the Duchy. 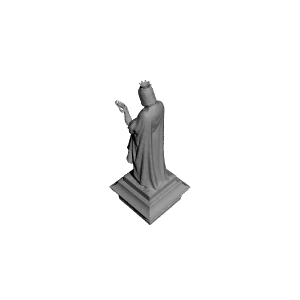 ×
0 collections where you can find Anne de Bretagne at the Jardin du Luxembourg, Paris by Scan The World