Anne of Austria in the Jardin du Luxembourg, Paris

3D
Scan The World
2,355 views 111 downloads
Community Prints Add your picture
Be the first to share a picture of this printed object
0 comments

Anne of Austria in the Jardin du Luxembourg, Paris

Anne of Austria (22 September 1601 – 20 January 1666) was queen consort of France and Navarre, regent for her son, Louis XIV of France, and a Spanish and Portuguese Infanta by birth. During her regency (1643–1651), Cardinal Mazarin served as France's chief minister. Accounts of French court life of her era emphasize her difficult marital relations with her husband Louis XIII, her closeness to her son Louis XIV, and her disapproval of her son's marital infidelity to her niece Maria Theresa. 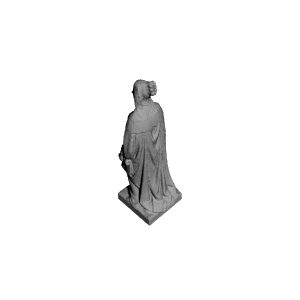 ×
0 collections where you can find Anne of Austria in the Jardin du Luxembourg, Paris by Scan The World