Annibale Carracci at The Louvre, Paris

3D
Scan The World
1,951 views 82 downloads
Community Prints Add your picture
Be the first to share a picture of this printed object
0 comments

Annibale Carracci at The Louvre, Paris

This bust is a copy of an original by Paolo Naldini (Rome, 1614-1691) made to decorate the monument designed by Carlo Maratta to celebrate the achievements of the painter (Carracci). Before arriving at The Louvre the bust and its counterpart were on display in 1722 at the Chateau de Meudon.

Annibale Carracci was an Italian Baroque painter who, alongside his brother Agostino and cousin Ludovico Carracci, worked in their shared studio titled 'The Academy of the Desiderosi' (desirous of fame and learning ) and sybsequently titled the Incamminati (progressives; literally, of those opening a new way). Carracci was often praised for his ability to develop from the Caravaggisti style that was dominating the art industry of the time, where painters were urged to depict the Platonic ideal of beauty much like Caravaggio. His paintings howadays can be found around the world, though is most famed for hi Frescoes in the Palazzo Farnese. 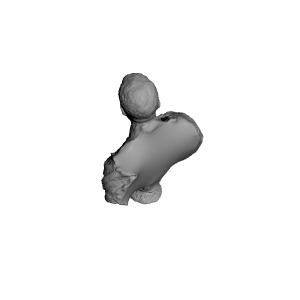 ×
0 collections where you can find Annibale Carracci at The Louvre, Paris by Scan The World