3D
Scan The World
2,743 views 122 downloads
Community Prints Add your picture
Be the first to share a picture of this printed object
0 comments

Despite the lively character of the sitter captured by the sculptor, this bust is based on a death mask. Dr Addington (1713-1790) was a distinguished doctor who specialised in the treatment of mental illness. One of his patients was King George III. Addington's son, Henry Addington, who probably commissioned this portrait, later became the British Prime Minister. This is one of the few portrait busts executed by Banks, who normally specialised in funerary monuments and ideal sculpture.

Thomas Banks (1735-1805) was apprenticed to a London mason, but also spent time working alongside the sculptor Peter Scheemakers (1691-1781). He enrolled in the life classes held at the St Martin's Lane Academy, and later at the Royal Academy Schools. In 1772 he became the first sculptor to win the Royal Academy's three-year travelling stipend, and went with his wife to Rome, where he eventually spent seven years. He specialised in ideal works, most of which were executed in Rome for British patrons, although he continued to produce similar work after his return to London. He was made a Royal Academician in 1786. Banks was one of the most original British Neo-classical sculptors, who dedicated his work to the antique spirit rather than to the fashionable classical style alone.. He tried to establish a market for modern gallery sculpture , which was particular for most patrons at the time preferred restored antique marbles, replicas, pastiches, busts and memorials. 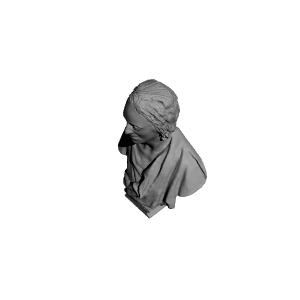 ×
0 collections where you can find Anthony Hamilton by vam