The Antinous Farnese is a specific marble sculptural representation of Antinous, named after its one-time owners the Farnese family. It was once displayed at the entrance to the Carracci Gallery in the Palazzo Farnese in Rome, from which it was taken to Naples to the Royal Borbonic Museum (Reale Museo Borbonico), now the Naples National Archaeological Museum (a replica was put in place in the Palazzo in the 1970s). 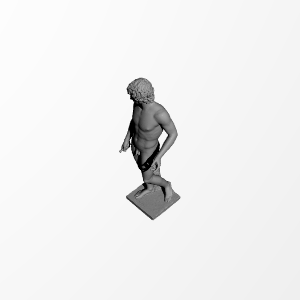 ×
2 collections where you can find Antinous Farnese by SMK - Statens Museum for Kunst
×
Richard
@RichardH
2
Printed on: Prusa i3 MK3
Material: PLA
Posted at: 03rd August 2021