3D
Scan The World
2,641 views 197 downloads
2 collections
Community Prints Add your picture
Be the first to share a picture of this printed object
0 comments

Jean-Antonin Carles (1851 – 18 February 1919) was a French sculptor. Born in Gimont, Carlès began his studies in Marseille and then successively to the École des Beaux-Arts de Toulouse and that of Paris. He was a pupil of François Jouffroy (1806–1882) and Ernest-Eugène Hiolle (1834–1886), he won the Grand Prix de l'Exposition Universelle in 1889. He belonged to the Society of French Artists. Several models of his sculptures (La Jeunesse, Retour de chasse) are kept at the Musée des Jacobins d'Auch (Gers). He died in Paris. 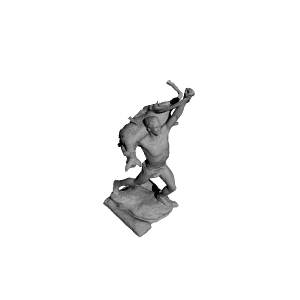 ×
2 collections where you can find Antonin Carles returns from the hunt at Jardin des Tuileries, Paris by Scan The World