3D
Scan The World
1,609 views 78 downloads
Community Prints Add your picture
Be the first to share a picture of this printed object
0 comments

Antoninus Pius (Latin: Titus Fulvus Aelius Hadrianus Antoninus Augustus Pius;  19 September 86 CE – 7 March 161 CE), also known as Antoninus, was Roman Emperor from 138 to 161. He was one of the Five Good Emperors in the Nerva–Antonine dynasty and the Aurelii.

He acquired the name Pius after his accession to the throne, either because he compelled the Senate to deify his adoptive father Hadrian, or because he had saved senators sentenced to death by Hadrian in his later years. He died of illness in 161 and was succeeded by his adopted sons Marcus Aurelius and Lucius Verus as co-emperors. 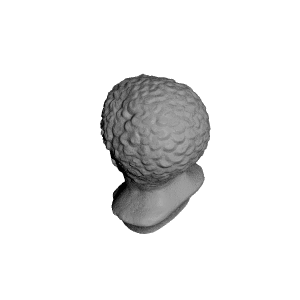