Statue of Antinous as Aristaeus at The Louvre, Paris

3D
Scan The World
5,666 views 266 downloads
1 collection
Community Prints Add your picture
Be the first to share a picture of this printed object
2 comments

Statue of Antinous as Aristaeus at The Louvre, Paris

This marble sculpture represents Antinous (27 November, c. 111 – before 30 October 130) depicted as Aristaeus, a Greek deity associated with gardens, agriculture and bees. Antinous was a Bithynian Greek youth and a favourite, or lover, of the Roman emperor Hadrian. He was deified after his death, being worshiped in both the Greek East and Latin West, sometimes as a god (theos) and sometimes merely as a deified mortal (heros). After his death, because of his close relationship with Hadrian, Antinous was deified. Statues were made of him depicted as various gods or deities from different cultures. This formed the uprisal of smaller cults: in Egypt, the local priesthood immediately deified Antinous by identifying him with Osiris due to the manner of his death (falling into a river and probably drowing) where he was probably embalmed and mummified.

In October 130, Hagrian proclaimed Antinous to be a deity and announced that a city should be built on the site of his death in commemoration of him, to be called Antinoopolis.

Other examples include Antinous depicted as Bacchus (located at the Vatican), as Sulvanus and as Osiris. 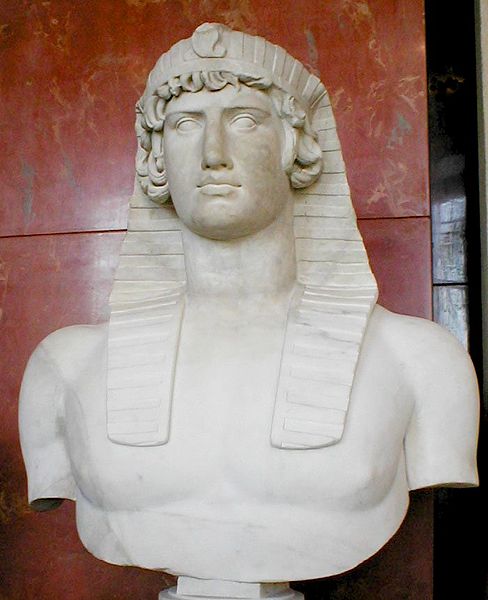 Little is known of Antinous' life, although it is known that he was born in Claudiopolis (nowadays Bolu, Turkey), in the Roman province of Bithynia. He likely was introduced to Hadrian in 123, before being taken to Italy for a higher education. He had become the favourite of Hadrian by 128, when he was taken on a tour of the Empire as part of Hadrian's personal retinue. Antinous accompanied Hadrian during his attendance of the annual Eleusinian Mysteries in Athens, and was with him when he killed the Marousian lion in Libya. In October 130, as they were part of a flotilla going along the Nile, Antinous died amid mysterious circumstances. Various suggestions have been put forward for how he died, ranging from an accidental drowning to an intentional human sacrifice.

Antinous became associated with homosexuality in Western culture, appearing in the work of Oscar Wilde and the Portuguese poet Fernando Pessoa. 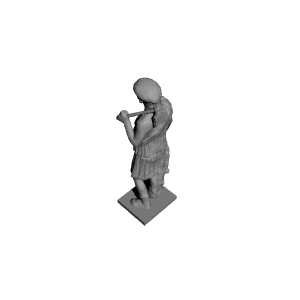 ×
1 collections where you can find Statue of Antinous as Aristaeus at The Louvre, Paris by Scan The World