3D
Scan The World
2,167 views 76 downloads
Community Prints Add your picture
Be the first to share a picture of this printed object
0 comments

Alessandro Giuseppe Antonio Anastasio Volta (18 February 1745 – 5 March 1827) was an Italian physicist, chemist, and a pioneer of electricity and power, who is credited as the inventor of the electrical battery and the discoverer of methane. He invented the Voltaic pile in 1799 and the results of which he reported in 1800 in a two-part letter to the President of the Royal Society. With this invention Volta proved that electricity could be generated chemically and debased the prevalent theory that electricity was generated solely by living beings. Volta's invention sparked a great amount of scientific excitement and led others to conduct similar experiments which eventually led to the development of the field of electrochemistry.

Alessandro Volta also drew admiration from Napoleon Bonaparte for his invention, and was invited to the Institute of France to demonstrate his invention to the members of the Institute. Volta enjoyed a certain amount of closeness with the Emperor throughout his life and he was conferred numerous honours by him. Alessandro Volta held the chair of experimental physics at the University of Pavia for nearly 40 years and was widely idolised by his students.

Despite his professional success Volta tended to be a person inclined towards domestic life and this was more apparent in his later years. At this time he tended to live secluded from public life and more for the sake of his family until his eventual death in 1827 from a series of illnesses which began in 1823. The SI unit of electric potential is named in his honour as the volt. 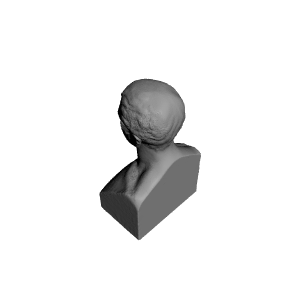 ×
0 collections where you can find Alessandro Volta at The Borghese Garden, Italy by Scan The World