3D
Scan The World
3,257 views 144 downloads
1 collection
Community Prints Add your picture
Be the first to share a picture of this printed object
0 comments

Well known in Chicagoland, but not so well known elsewhere, the Aon Center is the quiet, dignified supertall in the Chicago skyline. It lacks the flashy spires of Sears and Hancock, and instead goes for vertical stripes to add extra visual height to its already impressive stature. From a distance, the building feels like another boring grey 1970's stone block. But to really appreciate the Aon Center, you have to walk right up to it and crane your neck to see the top. Fortunately, this is possible thanks to a sunken plaza in front of the building with some rather extensive fountain work. This creates an area that is a pleasure for people on hot summer days, while at the same time protects the building from would-be truck bombers. Height and location give the Aon Center's tenants remarkable views in all directions. People facing south look over Grant Park; people with west-facing windows can look at The Loop; people with eastern exposures are treated to Lake Michigan sunrises and boating activities; and people on the northern face get to look up the Magnificent Mile and the Chicago coastline. But the news hasn't always been bright for the Aon Center. In fact, it has been routinely maligned in the print media. At first, critics called the building's design bland and uninspired. Later, things started going wrong with the building. Most famously, just after the building was completed, its famed marble facade began to buckle. Stainless steel straps were wrapped around the building to keep any large chunks from falling off. It was all replaced with white granite at a cost of $60,000,000.00 -- half what it cost to build the tower in the first place. That left the owners with 5,900 tons of unwanted marble. Some was turned into trinkets like paperweights. Some was donated to a company that makes trophies. A lot was used in landscaping at Governors State University, and at Amoco facilities across the nation. 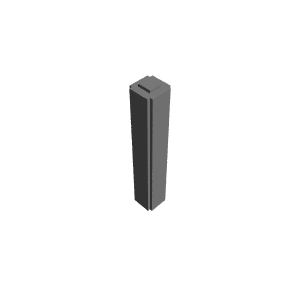 ×
1 collections where you can find Aon Center in Chicago, Illinois by jkurstin22