3D
Scan The World
1,853 views 101 downloads
1 collection
Community Prints Add your picture
Be the first to share a picture of this printed object
0 comments

In “Theogony”, Hesiod tells the story where Cronus cut the body of his father Uranus to pieces and threw them into the sea. Then the blue sea foamed and from the foam, his beautiful golden-haired diva came out. The winds blew softly, bringing Aphrodite to Cyprus in Paphos. When Aphrodite stepped on the ground, beautiful flowers blossomed, anemones and bonnets, which to this day still bloom on the rocks in Paphos. Homer continues with the following description. After emerging from the sea, Aphrodite was welcomed on the island by the lovely Horai (Seasons). Since then, Cyprus became the favourite island for the goddess of love, where she preferred to spend all of her time, “the smiling goddess of Cyprus, whose temple in Paphos is a fragrant altar” (Homer’s “Odyssey”).

According to one of the legends the island got its name from the word “kipris” refers to the goddess Aphrodite, who Homer called Kiprida. 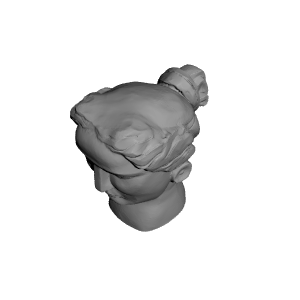