Aphrodite at The British Museum, London

3D
Scan The World
2,815 views 130 downloads
Community Prints Add your picture
Be the first to share a picture of this printed object
0 comments

Aphrodite at The British Museum, London

"Aphrodite is the Greek goddess of love, beauty, pleasure, and procreation. Her Roman equivalent is the goddess Venus. She is identified with the planet Venus. As with many ancient Greek deities, there is more than one story about her origins. According to Hesiod's Theogony, she was born when Cronus cut off Uranus's genitals and threw them into the sea, and she arose from the sea foam (aphros). According toHomer's Iliad, she is the daughter of Zeus and Dione. According to Plato (Symposium, 180e), these two origins were of entirely separate entities: Aphrodite Ourania andAphrodite Pandemos.

Because of her beauty, other gods feared that their rivalry over her would interrupt the peace among them and lead to war, so Zeus married her to Hephaestus, who, because of his ugliness and deformity, was not seen as a threat. Aphrodite had many lovers—both gods, such as Ares, and men, such as Anchises. She played a role in theEros and Psyche legend, and later was both Adonis's lover and his surrogate mother. Many lesser beings were said to be children of Aphrodite. Aphrodite is also known as Cytherea (Lady of Cythera) and Cypris (Lady of Cyprus) after the two cult sites, Cythera and Cyprus, which claimed to be her place of birth. Myrtle, doves, sparrows, horses, and swans were said to be sacred to her. The ancient Greeks identified her with the Ancient Egyptian goddess Hathor.

Aphrodite had many other names, such as Acidalia, Cytherea, and Cerigo, each used by a different local cult of the goddess in Greece. The Greeks recognized all of these names as referring to the single goddess Aphrodite, despite the slight differences in what these local cults believed the goddess demanded of them. The Attic philosophers of the 4th century, however, drew a distinction between a celestial Aphrodite (Aphrodite Urania) of transcendent principles, and a separate, "common" Aphrodite who was the goddess of the people (Aphrodite Pandemos)." 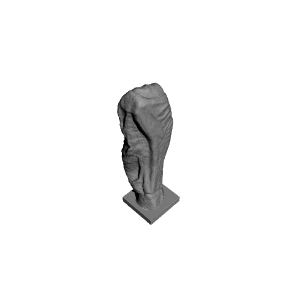 ×
0 collections where you can find Aphrodite at The British Museum, London by Scan The World