Aphrodite of the Genetrix type

3D
Scan The World
2,295 views 121 downloads
1 collection
Community Prints Add your picture
Be the first to share a picture of this printed object
0 comments

Aphrodite of the Genetrix type

This statue if a replica of the Aphrodite carved by Kallimachos at the end of the fifth century BC. This prototype was taken up again during the Roman age and applied to the representation of the Venus Genetrix in the Forum of Caesar. 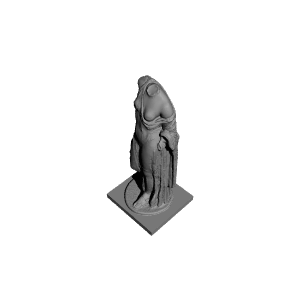