Apollo and Heracles struggle for the delphic Tripod

3D
Scan The World
2,213 views 74 downloads
1 collection
Community Prints Add your picture
Be the first to share a picture of this printed object
0 comments

Apollo and Heracles struggle for the delphic Tripod

After completing his twelve labors, Hercules hit the road, once again. Somehow or another, Hercules caught wind that Eurytus, the prince of Oechalia, was offering his beautiful daughter, Iole, as a bride prize to any man who could best him and his sons in an archery contest. Upon hearing this, Hercules traveled to Oechalia and competed against Eurytus and his sons. Legend has it that Eurytus was the man who first schooled Hercules in the use of the bow. His was a challenge that pitted student against teacher. It should come as no surprise that Hercules defeated his fellow contestants with ease.

When it came time, however, for Eurytus to hand over Iole to Hercules, as his bride, Eurytus refused. In this decision he was supported by all of his sons except Iphytus. One may wonder why a prince would deny the strongest man in the world his daughter in marriage. For Eurytus, the reasoning was simple: he would not allow his beloved daughter to marry (and eventually have children with) a man who had a history of murdering his sons in a fit of rage (remember that whole Megara Fiasco), for fear that the same fate would befall his own grandchildren. 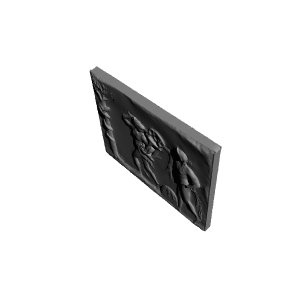