3D
Scan The World
2,241 views 241 downloads
3 collections
Community Prints Add your picture
Be the first to share a picture of this printed object
0 comments

As suggested by the quiver strap slung across the body, the god held a bow and arrow, in a pose of absorbed meditation. Wrapped around the tree trunk which acts as a support are the god's attributes, the laurel and the snake. This version was owned by the Chigi family, which is where the name comes from. It's a classicising Roman reworking inspired by a Greek model of the 4th century BC. 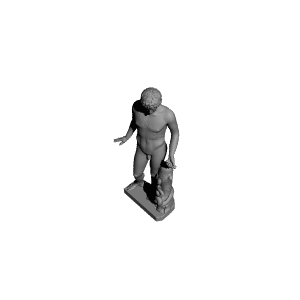 ×
3 collections where you can find Apollo c.d. Chigi by Scan The World