3D
360°
Scan The World
1,435 views 169 downloads
3 collections
Community Prints Add your picture
Be the first to share a picture of this printed object
0 comments

Apollo, greek God of the Sun, is sat here holding a lyre atop a rock. The large statue originally had parts made of bronze, namely any areas of exposed skin and the lyre. These were replaced with white marble by C. Albacini in a restoration.

Engravings from the period show that the statue originally showed a female subject, the personification of Rome, before the restoration changed its features.

The expensive porphyry suggests that it was destined to be in a temple or a private residence of the emperor. 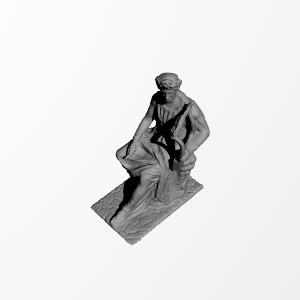