This bust of Apollo is a plaster cast of the original marble head statue in the British Museum, London that is based on a lost Greek bronze original of the 5th Century BC.

In addition to the British Museum and SMK, this sculpture can also be found at the Royal Academy of Arts, London. 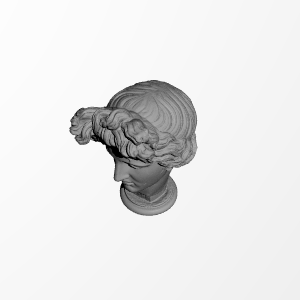 Great 3d scan! I went a bit heavy on the paint but very detailed.