3D
360°
Scan The World
1,314 views 130 downloads
Community Prints Add your picture
Be the first to share a picture of this printed object
0 comments

This sculpture was started by Antoine Bourdelle in 1900, when he was still employed as an assistant at Auguste Rodin’s studio in Paris. He worked on it for many years, and it was not completed until 1909. In the final version, the artist let all the problems he had battled with in the course of his work show – the cracks, damages and patches became a vital part of the sculpture’s expression. This coarse, expressive style also marked his departure from the sculptural ideals associated with Rodin. 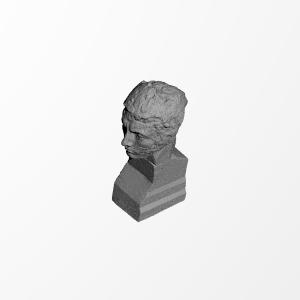 ×
0 collections where you can find Apollo in Combat by nationalmuseumswe