Apollo is the Greek god of medicine, music and poetry. In classical art, he is often depicted playing a lyre, an ancient string instrument. Karl XIV Johan ordered the sculptures Apollo and Venus by Fogelberg, who produced them in his studio in Rome. They were greatly admired and some people complained about the fact that the statues would leave Italy to be transported all the way to Stockholm. 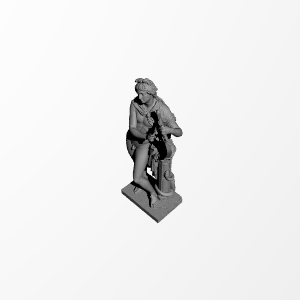