3D
Scan The World
2,535 views 114 downloads
1 collection
Community Prints Add your picture
Be the first to share a picture of this printed object
0 comments

A daring piece of architecture for The Loop area, Aqua comes off more as a massive sculpture than as a residential block in the crowded heart of the city. The name "Aqua" is in keeping with the nautical theme most of the buildings in the Lakeshore East development have: The Tides, The Shoreham, The Regatta, etc... But while those were conventional skyscrapers, Aqua is special. At its heart it is the standard glass box we've seen before. But protruding from its surface are undulating concrete balconies resembling ripples or waves. This is an appropriate homage considering the building's location near both Lake Michigan and the Chicago River. But the ripples are not without challenge. Much like each wave in the lake, each floor plate in Aqua is unique, thus construction is unusually complicated. And for homeowners, not all units are equal. While some people may have a balcony up to 12 feet wide, others will be measuring theirs with a ruler rather than a yardstick. Aqua was originally envisioned as a split between condominiums and a hotel. Because of changing economic factors some of the condominium units were changed to apartments. Further economic turmoil took its toll on the hotel aspect of this project. Strategic Hotels & Resorts planned to buy 15 floors of Aqua to expand its Fairmont Hotel across the street, but in October, 2008 it pulled out of the project. Four years later, a Radisson Blu opened in the space. 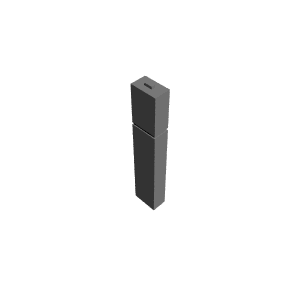 ×
1 collections where you can find Aqua in Chicago, Illinois by jkurstin22