The Monumental Arch, also known as the Arch of Triumph or the Arch of Septimius Severus, was a Roman ornamental archway built in Palmyra, Syria.

Constructed over 200 (?) years sometime during the reign of emperor Septimius Severus, which lasted from 193 - 211 AD, the site of the arch created a free link between the main street of the Great Colonnade and the Temple of Bel (see images below). The arch was meant to integrate the southern and central parts of the Colonnade.

Whislt some say that the structure was built as a triumphal arch to commemorate the Roman's victories over the Parthians, others believe that it was constructed for Emperor Hadrian, although he had been dead for over a century when the arch was built. The arch is decorated with ornate stone carvings, including reliefs depicting plants or geometrical designs. These were similar to those found on other arches built turing Severus' reign eslewhere in the Roman Empire.

In April 2016 a 3D printed replica of the Arch was presented in Trafalgar Square, London and will continue to tour the world's capital cities before 'returning' to Palmyra. As the 3D Model of the arch is not available to the public, we have decided to recreate our own representation through scanning the printed arch ourselves. Much as how the structure was a passageway for free people, we want to share its representation for free. Cultural Heritage is a sense of shared past and shouldn't be exploited for commercial gain. 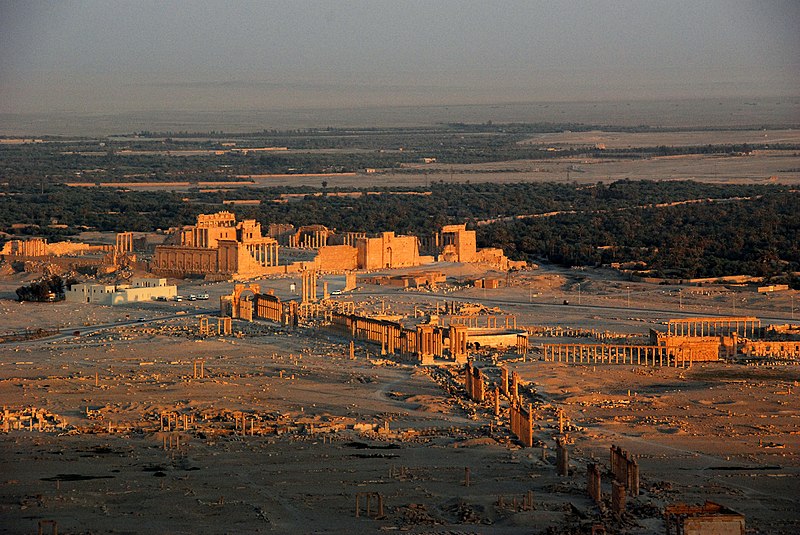 The Great Colonnade of Palmyra

The Temple of Bel, Palmyra 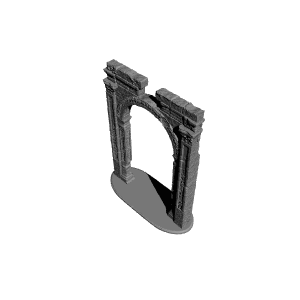 ×
22 collections where you can find Arch of Triumph in Palmyra, Syria by Scan The World
×
stephane varrault
@psykotron69
4
Printed on: Dagoma Neva
Material: PLA
Posted at: 04th March 2019